In the summer of 2006, while chaperoning his students, Warrington Headteacher John Sharples met Hugh O’Brian at HOBY’s World Leadership Congress in Washington DC. John had seen the impact of the HOBY experience in previous years and wanted to create a similar programme in the UK so that more young people could benefit. With Hugh’s approval, HOBY UK was founded. Every year since 2007 a leadership seminar has been held at a UK university.

In order to grow and widen its impact, in 2015 HOBY UK became a Charitable Incorporated Organisation. Since then, in addition to the residential seminar, a programme of one-day Community Leadership Workshops (‘CLeWs’) has been introduced, in partnership with schools and OnSide Youth Zones.

HOBY UK programmes have now reached over 600 young people, mostly from across the North West, but more recently in London too. All have been facilitated by volunteers, most of whom have experienced a HOBY programme themselves as a delegate. The volunteer team now numbers over 50. 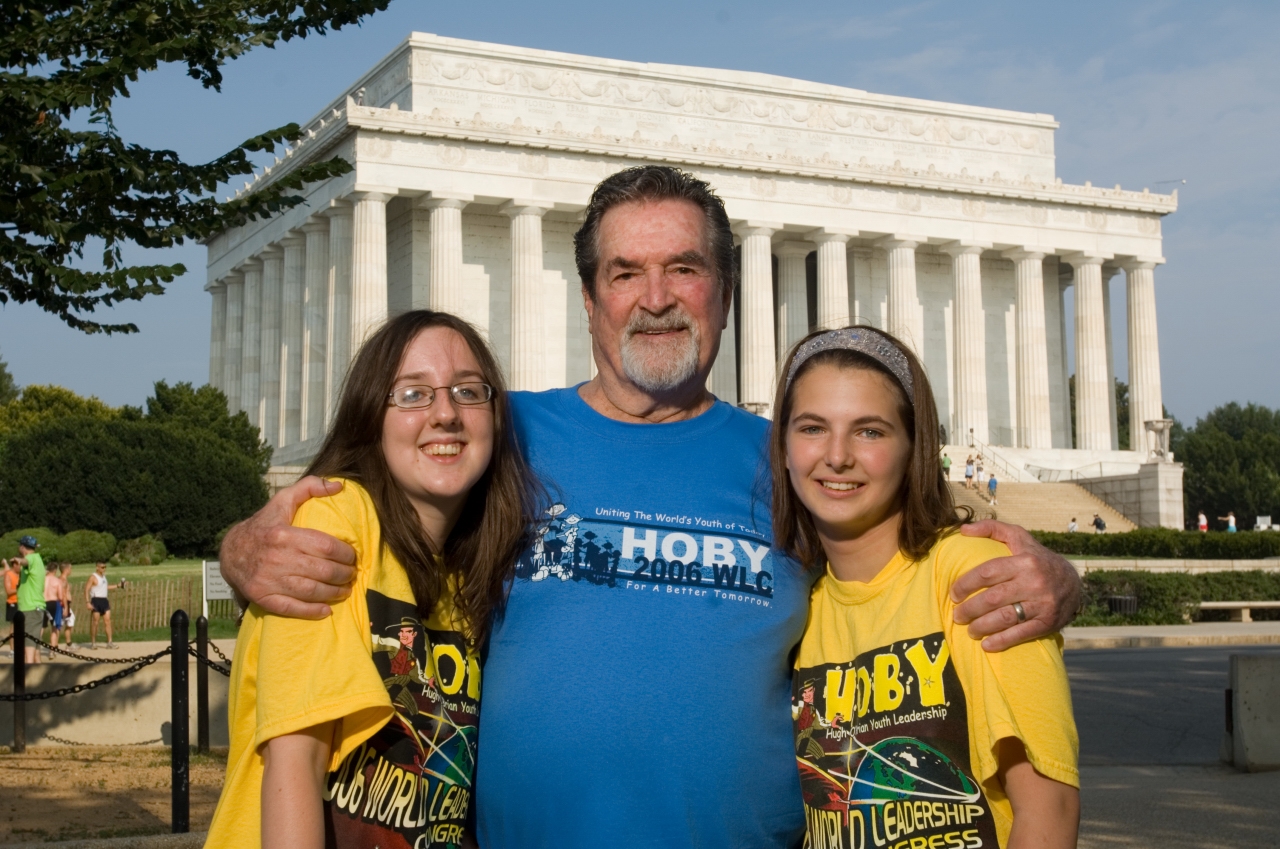